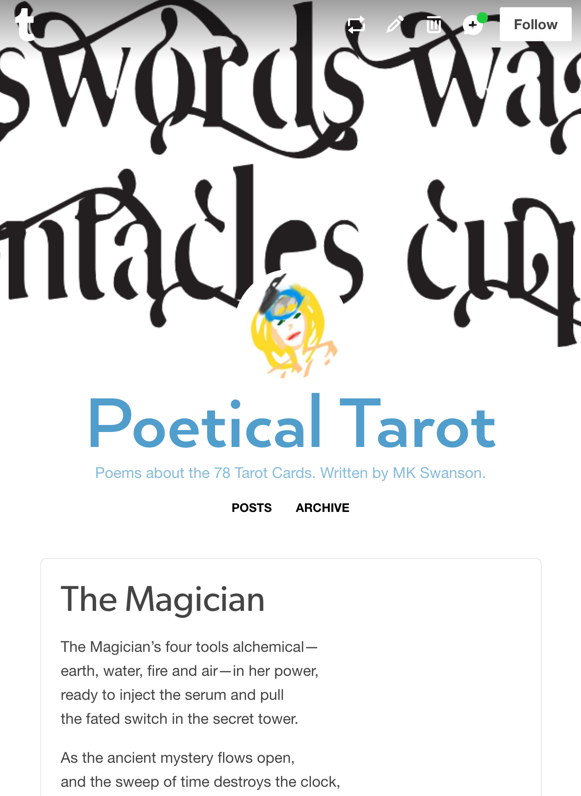 I’ve been reading Tarot cards for a long time. We’ll leave it at that–a long time. I’ve wanted to create my own deck for a few years (doesn’t everyone want to), but I never found the right way until I realized that I could write poetry honoring each of the cards. At first, I planned to  encompass or at least suggest the imagery of the traditional cards, but poetry does what it likes.

The current state of the deck is fifteen poems about twelve cards. I am selecting a card, reading about it, studying it in various decks and books (primarily The Wildwood,  The Tarot of Trees, The Golden Thread, Rachel Pollack’s Seventy-Eight Degrees of Wisdom, and The Halloween Tarot) then letting it gather impressions until I’m moved to write it.

I’m using traditional poetical forms for the Aces (villanelles) and the Majors (Shakespearean or Petrarchan sonnets). I might also write some in terza rima, haiku, quatrains, or other forms.

Posting on Tumblr is so easy, and fits in with my current minimalist approach to online activity. It may not be a very good way to share my work, but… it’s what I got.